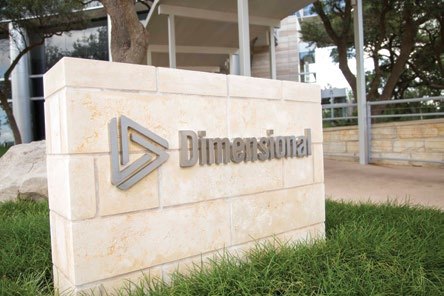 Last week, Dimensional Fund Advisors announced that Gerard O’Reilly, Chief Investment Officer and Head of Research, has been appointed co-CEO to lead the organization with current co-CEO Dave Butler. Eduardo Repetto, who has served with Dimensional for more than 15 years in various roles including serving as co-CEO since 2010, will leave Dimensional in September.

Jonathan Rogers, who serves as co-Managing Partner for Forum Financial Management, worked in Dimensional’s Financial Advisor Services Group in Austin before joining Forum and had the opportunity to learn from many of the people who have shaped the field of modern finance.

“Forum Financial Management congratulates Gerard O’Reilly on his promotion to co-CEO of Dimensional Fund Advisors. Gerard was previously Chief Investment Officer and Head of Research at Dimensional. Over the past year, Gerard has acted as a liaison between Forum’s Investment Committee and the research group at Dimensional. In this capacity, Gerard was actively engaged in conversations with Jonathan Rogers and co-Managing Partner Nirav Batavia, who serve as co-Chairs on Forum’s Investment Committee, discussing topics such as how including long-term bonds within portfolios may better suit investors’ needs.

At a recent conference attended by several Forum partners, Gerard shared with the audience that he preferred to watch movies by playing them at 2X speed and speedreading the subtitles. While this viewing style might not be everyone’s cup of tea, it plainly showed Gerard’s extreme genius and work ethic. Through interactions such as these, the Forum team has come to admire Gerard’s brilliance and Irish wit and looks forward to partaking in many more spirited conversations as Gerard steps into his new role.

When Jonathan worked at Dimensional, his desk was 15 feet from Eduardo Repetto’s office. During those early days at Dimensional, Jonathan got to know Eduardo very well, including becoming prepared for the occasional impromptu lesson on standard deviation versus co-variance. Eduardo has led the organization through a time of rapid growth as Dimensional matured from a U.S. institutionally focused firm into one of the world’s leading financial powerhouses. To many of his colleagues, he was a mentor and a friend, and his presence in the halls of Dimensional will surely be missed.”