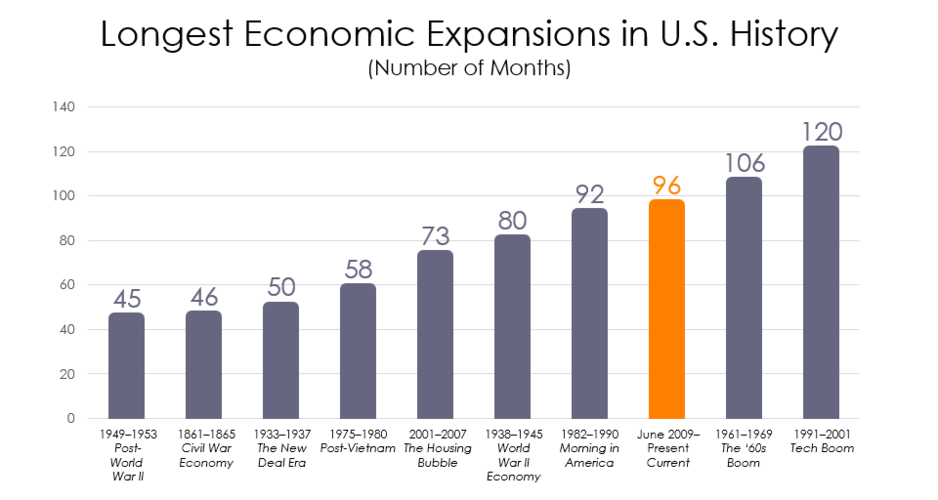 You may have read headlines earlier this year announcing the U.S. economy is now in the third-longest economic expansion in U.S. history. This economic cycle started in June 2009 and has lasted for 96 months. To surpass the second-longest expansion that took place from 1961 to 1969, the current cycle would have to continue through the summer of 2018.

This data comes from the National Bureau of Economic Research, which has been recording U.S. economic recessions and expansions since the 1850s using a specific methodology to identify economic turning points. The chart below shows the current expansion as compared with several other expansions going back to 1861.1 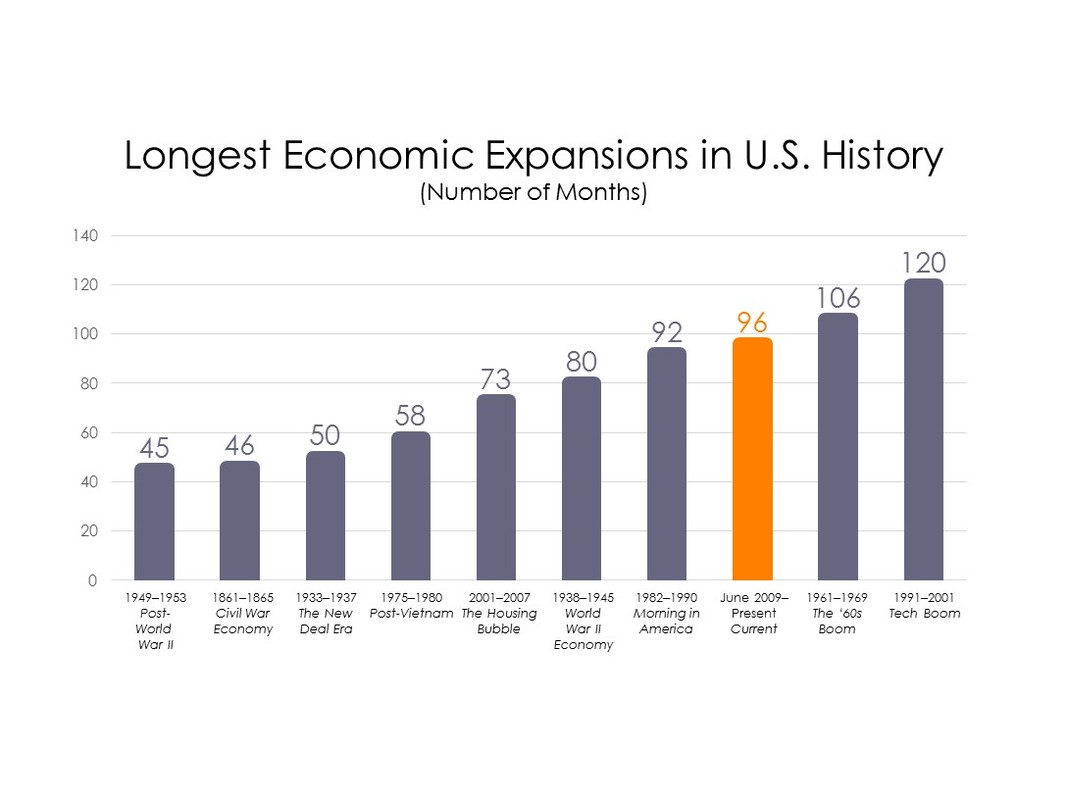 This slower and longer economic growth is likely due to the magnitude of the 2008 financial crisis. A recent Wall Street Journal article by Josh Zumbrun offered the following explanation: “This was an unusually severe recession (the longest since the Great Depression, and by many measures the most severe since then too) and slow recovery left many people in dire straits for too long, leading to significant economic scarring. Some economists believe that one reason for this expansion’s length may well be this weakness.”2

Now that we are in the third-longest economic expansion, people have begun to ask questions about how much longer it can last. Should we be concerned about a looming recession, or will we see the economy break another expansion record?

Some may insist that now is the time to stop investing, arguing that it is just a matter of time before the next pull back. But it should not come as a surprise to investors who believe in a long-term approach that a more prudent way to proceed is to keep investing at the same pace.

There are two reasons for this conclusion. The first reason is that the recovery may be long, but thus far has been both slow and inconsistent. The second reason is that economic cycles are not correlated with market returns. While it may be encouraging that the current economic expansion is ongoing, such information does not indicate what will happen next in the markets. The risk of missing out on stock market returns far exceeds the expected loss that would be avoided by staying out of the market regardless of how long the expansion continues.

Disciplined investors do not allow conjecture to dictate changes to their well-laid plans. It is this very perspective that allows them to achieve their financial goals.

1 “US Business Cycle Expansions and Contractions.” The National Bureau of Economic Research, http://www.nber.org/cycles.html and Josh Zumbrun, “This Is Now the Third-Longest Economic Expansion in U.S. History.” The Wall Street Journal, March 1, 2017.